FOCUSING ON THE CELL’S POWER HOUSE 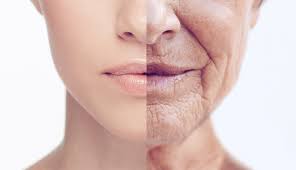 More and more, scientists are becoming convinced that aging is a disease that can be stopped or, at least, slowed. Recently, researchers from Russia and Sweden investigated this idea further in a joint study by Lomonosov Moscow State University and Stockholm University. Their study, published in the journal Aging, focuses on the role of mitochondria in the aging of organisms.

Under the leadership of renowned Russian biologist Vladimir Skulachev, the researchers experimented with a special strain of genetically-modified mice. A single mutation was introduced into the genome of these mice, which were created and characterized in Sweden. This mutation substantially accelerated mitochondrial mutagenesis. Instead of living more than two years, these mutated mice lived less than a year, and developed many age-related diseases and defects — clearly indicating that these were caused by aging.

The researchers treated a group of 100-day-old genetically modified mice with a synthetic compound called SkQ1, an artificial antioxidant that targets the mitochondria. SkQ1 was developed in Moscow State University in Skulachev’s lab. The SkQ1 was added into the drinking water of these mice, while a separate control group were given pure water. By the time the mice aged 200-250 days, the control group had aged rapidly and lost weight, experienced a decrease in body weight and temperature, had osteoporosis, and were developing alopecia. There was also a decrease in mobility and oxygen intake — all signs of aging. On the other hand, these traits were dramatically decelerated for the mice treated with SkQ1.

The results of the study show that mitochondria indeed play a key role in aging. “This work is quite valuable from both theoretical and practical points of view. First, it clearly demonstrates the key role of mitochondrially produced reactive oxygen species in the process of aging of mammals,” Skulachev explained. “At the same time our study opens the way to the treatment of aging with mitochondrially targeted antioxidants.”

With these promising results, Skulachev is already working on developing potential drug treatments based on SkQ1. One is an eye drop called Visomitin, which has already been approved in Russia and has passed phase 2 clinical trials in the U.S. Another project currently in development is an oral version of SkQ1. In Russia, this drug is now on clinical trials. If all goes well and as expected, the drug can be approved for public use within 2-3 years.

These aren’t the only “anti-aging” efforts around. Other institutions, like the San Francisco-based startup Unity Biotechnology, are looking to understand the mechanisms of cellular senescence and slow down aging. Still others are relying on stem cell technology to regenerate human tissue damaged by aging or disease. One Nobel laureate thinks the secret is in lengthening telomeres. With these studies around, we may just be able to soon slow down human aging or even stop it altogether.